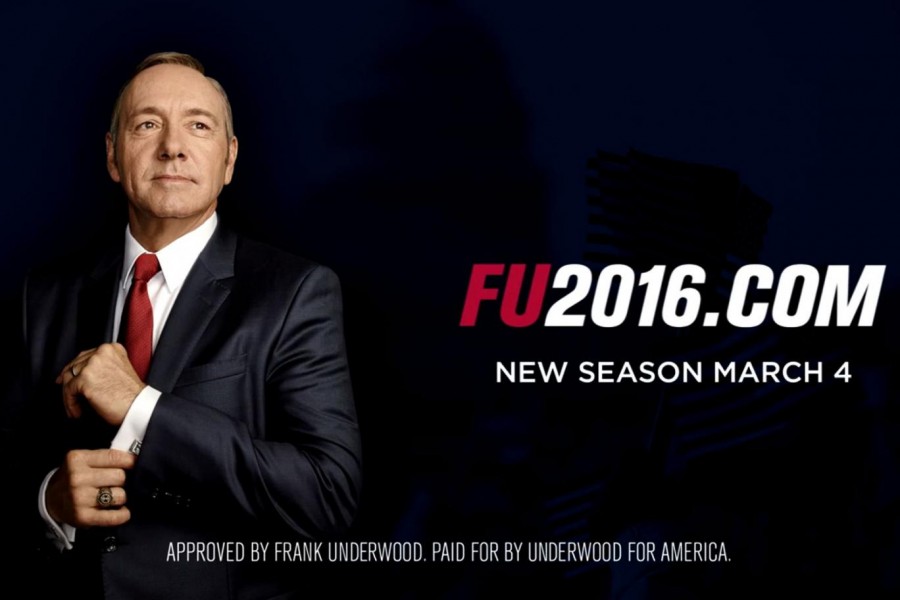 The end of House of Cards’s third season was a low point for the Underwoods (and for the show as a whole). Claire had left Frank, and Frank’s Democratic primary rival Heather Dunbar (Elizabeth Marvel) was seriously endangering his chances of a second term in the White House. In contrast, the fourth season is ultimately a story of the Underwoods’ resurgence—Dunbar is eliminated as threat early on, and the couple reconcile, once again a formidable power.

Like the Underwoods’ plight, the show got better too—mainly because most of the risks it took worked. Shocking and unexpected scenes are a highlight of the show, and season four had many. For example, in one of the season’s most captivating moments, Claire euthanizes her mother to gain the sympathy of the masses. Frank threatens his old ally Cathy Durant, and his monologue is at once frightening and fascinating. Finally, the season’s last twenty seconds are arguably its best—Frank and Claire reveal their plan to win the presidential election, chillingly demonstrating the extent of the Underwoods’ ruthless pragmatism. To be sure, the show as a whole is overly dramatized, yet scenes like these cement House of Cards’s role as a meditation on the reality of politics and cost of power.

Another of this season’s strong points was its ability to skillfully combine real-world social commentary with fiction. Events, recurring motifs and political issues of the show mirror modern American politics—gun control is addressed and the role of money in campaigns frequently appears. The electoral process (e.g. party conventions, delegates, superdelegates) is mentioned in passing. The issue of racism and police brutality is touched upon briefly, as is Islamophobia. Most noticeably, a terrorist group called ICO (Islamic Caliphate Organization) is a direct parody of the Islamic State; this group drives much of the plot for the latter half of the season.

However, the ways that House of Cards differs from contemporary politics are more compelling than its similarities. Through their twisted—and often implausible—scheming, Francis and Claire Underwood end up as running mates and are nominated by the Democratic Party as presidential and vice presidential candidates. This husband-wife ticket would most likely not occur in real life, as nepotism is a serious issue to many voters; the improbability of this event only makes the show more interesting.

Of course, season four has its weak points. These include Frank’s hallucinations —being trapped in the Oval Office, hearing bullet fire in a forest, seeing congressman Peter Russo and reporter Zoe Barnes, both of whom he murdered. Although a comatose Frank’s bizarre hallucinations are dramatic and visually interesting, they are ultimately empty and do very little to advance the plot or enrich the characters.

In addition, Frank unfortunately does not break the fourth wall as much as he did previously. And although still very gripping, the countless schemes and plots that he hatches to advance his brand of manipulation and utilitarian realpolitik are beginning to get repetitive.
As of the end of season 4, Frank Underwood is locked in a tough bid for reelection. In contrast, House of Cards has already been chosen to continue on account of an overall strong season, and has been renewed for a fifth season to be released next year. While the show’s end does seem closer, how it will end is still ambiguous. The Underwoods’ ruthless climb has both personal consequences and large scale ramifications. These repercussions have yet to be seen.