Shivering with (a lack of) participation: the truth behind Dougherty’s apathetic side

Despite numerous personal and individual excitements, a significant amount of Dougherty students exist in an environment where excitement and academics are dissociated. 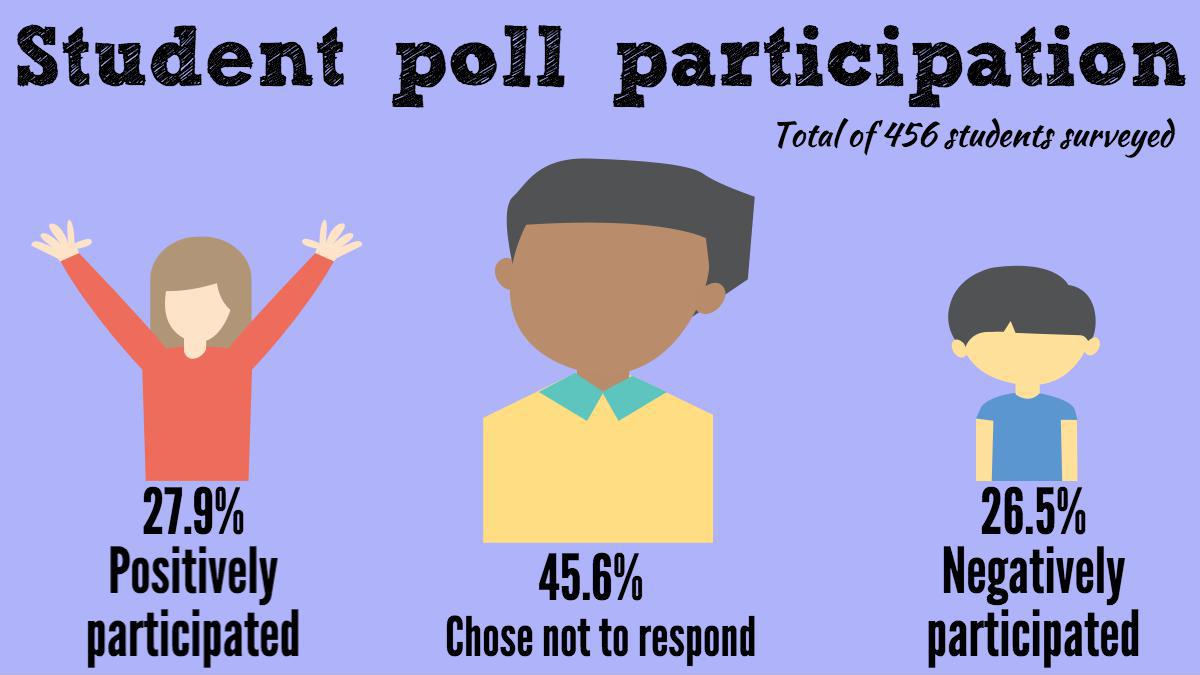 This apathy moves well past natural teenage tendencies to the point where it’s a contest to see who cares the least. Participation rates have been shallow at best. The trend of disinterest was evident in the process of surveying. When the Wildcat Tribune staff entered each classroom, asking the poll question associated with this article, for students to respond either positively or negatively to, generally all they received was insufficient apathetic glances and reluctant hands. Even after teacher intervention, students showed “hands-never-above-the-head” behavior, feeding off the negative apathy and energy in the room.

Student disinterest affects more than just the academic front. Whether it be to true disinterest, or a lack of perceived value as a crowd, when asked, only 34.8 percent of students actually showed interest in attending the men’s basketball game against Dublin, excluding students involved in the sport (DVHS 6th Man, Cat Clique, Leadership etc.) In other sporting events, stands stay relatively empty, with the women’s soccer game against Alhambra maxing out at fewer than 30 people in the stands.

Students are ironically eager to demonstrate how much they do not care. Not with direct response or action, but a lack thereof. Students barely bother to stand up for the Pledge of Allegiance. Spirit weeks are met with low student excitement. 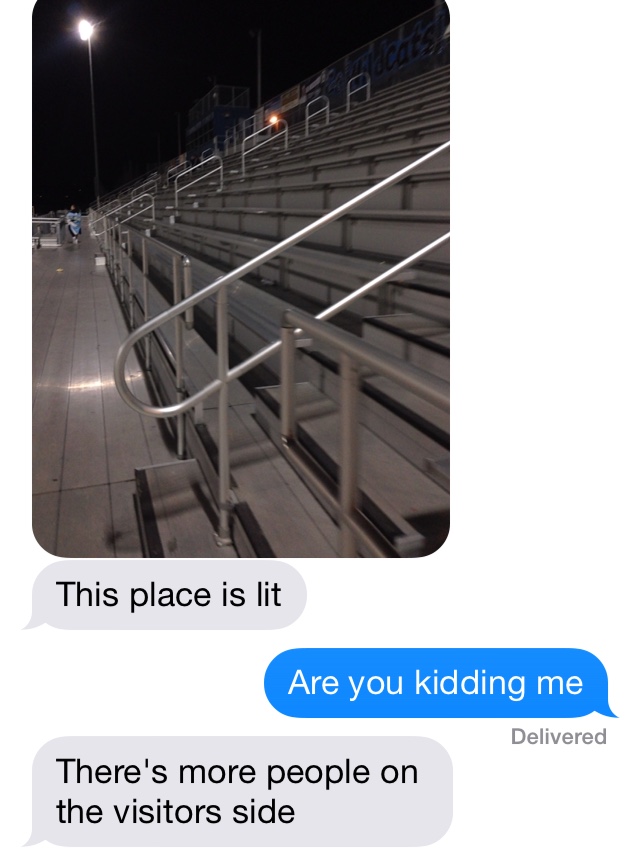 “Why would I be excited? It’s just school,” claimed one student.

For such an academically-driven school, participation is often underwhelming. Students will deliberately avoid eye contact and stop any motion to depart a teacher’s attention, leaving the class silent with only the teacher talking.

History teacher Julie Lazar elaborates, saying, “A lot of times it’s a lot of the same people that participate over and over again … Without requiring it, it’s hard to get participation unless there are specific points attached.”

Lazar admits to using the dreaded “popsicle sticks” as an intimidation method, light-heartedly adding that someone will always “step up and save the class.”

Like most Dougherty-centric problems, peer validation may very well be the source of the conflict. How does one compete with the school population with incredibly high standards and expectations? People think it’s cool not to care. Or rather, it’s “unprofessional” to care, as if they have standards and reputations to uphold. And unfortunately, it creates a fear to provide a different opinion from their peers. It seems as if students feel intellectually unsafe.

Lazar articulated this theory, claiming that “at Dougherty, the lack of participation is because of the intimidation … There’s this need to be smart. People are going to look down on you if you get things wrong.”

A detriment to this “desperate for the grade, not the information mentality” is a limited amount of time and effort to distribute among classes. A lack of time management  makes high point value assignments take priority, leaving optional ones in the dust, regardless of actual learning value.

But thankfully, numerous efforts are being made to make Dougherty a safe environment, both physically and emotionally. Some teachers frame tests not as intimidating assignments of judgment, but as “opportunities to demonstrate what you’ve learned”. In order to combat expected classroom apathy, English teacher Jill Wharton spends the first weeks of school conditioning her classes to be safe environments for insecure students. She explained that the participation rate in her classrooms demonstrates how driven and above expectations the Dougherty standard is.

“I feel like it’s my job to give students the environment to participate comfortably. [Being an active participant] is a skill you need to teach people,” Wharton explained.

Not all hope is lost on Dougherty’s mindset. When provoked, we have the potential to be the most spirited and enthusiastic school. Mandatory rallies are an ironic display of how, when forced, our student body is more than excited to demonstrate school spirit. DVHS 6th Man and Cat Clique are more than willing to perk up the crowds.  But enthusiasm starts with the individual.