Breaking it down: the changing world of social rhythm 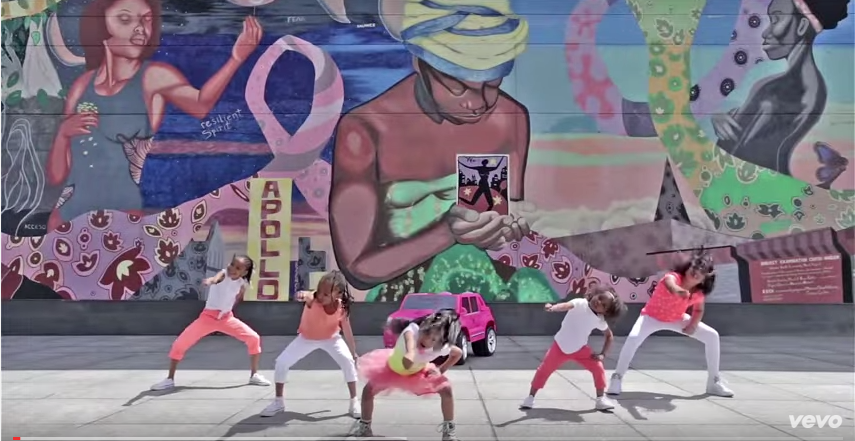 Being able to dance is one of the most universally accepted forms of skill and coordination, but as instructional music has  grown in popularity on the social scene, the utility of dance has changed.

Dance instruction integrated into music is not a new concept, since it originated from as early as the 17th century. Many of the common folk did not have the time nor money to learn traditional ballroom dances.  In order to simulate the synchronization and finesse of proper ballroom dancing, instructions were said out loud at formal parties to allow lower class acceptance.

Thus, the “square dance” was brought forth into modern society. Even back then, the ability to dance correlated with social respect.

But despite its past reputation, square dancing has drifted into obscurity, pushed off into the corners of mandatory PE dance lessons. While everyone can “Hoedown Throwdown” in perfect sync, doing it is not cool, and those who do perform it are doing so ironically. Line dances like “Electric Slide” are relics on a dance floor filled with whips and bops, fallen from its throne of popularity now only known by people older than 21 or dancers who are really good at mimicking others.

Against all odds, some instructional music transcends time in terms of popularity. Cupid’s “Cupid Shuffle” has been around since 2007, but is still one of the most played songs of this generation. The “Macarena” and “Cha-Cha Slide” are both  easy and respectable to do in a group without having to dance with anyone in particular.

But with that ease comes the price. Accessibility is inversely proportional to the cool factor of any particular dance. However, these dated songs still find their ways onto modern dance floors everywhere. These songs showcase an ability to have a good time, rather than actual inherent skill.

Tier two highlight the importance of being flashy.  While  Silentó’s “Watch  Me (Whip/Nae Nae)” is more rhythmically intense, it is much more satisfying than essentially moving in a square formation for the “Cupid Shuffle.”

Provided that you know how to “whip” and “nae nae” (and potentially “stanky leg” if you want to show off), the song provides the direct timing and intervals of what to do when. Yet  with that comes the entry fee: the song blatantly challenges the audience, the direct lyric being, “Can you do it?” followed by repeated chants of “watch me” but no real instruction of how to do it. This lyric separates those engaged in society and those that are just among the crowd.

Being able to dance to a tier two song shows that you are in sync, not only with these dances, but the cutting edge of society. The dancer knows how to do the dance because they are constantly in a social environment that requires it.

The final tier of instructional dance and the pinnacle of skill are songs with associated dances that are not taught or mentioned, just simply accepted as part of the song.

Examples of this include the “Soulja Boy” or more recently, the rising popularity of “Hit the Quan”. In order to properly engage with a tier three song, the majority of people will watch YouTube video tutorials countless times in order to perform a dance in its natural form. With tier three comes the oxymoron of modern dance music. Knowing the dance is the norm, but being taught the dance is taboo, like the dance was already an involuntary motion for everyone else.

The line then becomes drawn between being a good dancer and just following instructions. What the value of instructional dancing boils down to is the ability to dance without judgement. Following instructions allows the participants to look cool without being good. The hardest part is already out of the way: it is simply a matter of when to dance. Flailing is a thing of the past; instructional music allows just about anyone to shut up and dance.