“I don’t think soccer’s about winning, but being able to move and connect with other people.” 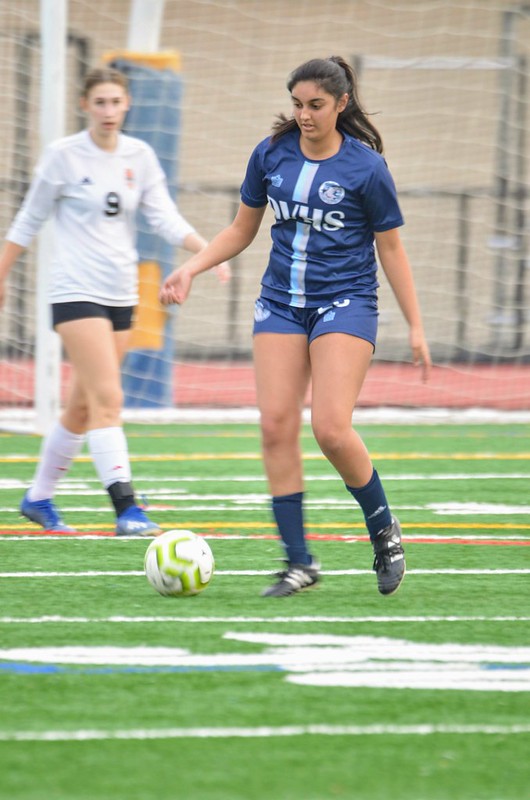 Amrita “AJ” Julka: “I’ve been doing soccer for 13 years, and I’ve played defensive midfielder my whole soccer career.  I started when I was around 4 years old, when my mom put me in, and I’ve been playing ever since because I love it. It’s nice to be a part of a team and I like the competitiveness of it too. There’s several levels of soccer but the National Premier League (NPL) is the highest I’ve ever played. I tried out for it when I was 7 years old and I remember it being the most stressful try-outs I’ve ever done. After I did it I went home and cried because I thought I wasn’t going to make the team, but when I got on I was so ecstatic. I ended up staying on that team for about seven years before I moved here. I used to travel all over Southern America for soccer tournaments, and every game we played we placed either first or second. From that I own at least 10 medals and a couple trophies too which are all first or second place.

But once I moved to California and joined the San Ramon Futbol Club (SRFC) Silver team, which is about two levels down from NPL, I went from winning every game to losing almost every game. It really showed me how much I enjoyed soccer for the emotional value not for the winning, and it’s where I met some of the best people in my life. [For two years] I was team captain on the SRFC silver team, which helped me gain a lot of leadership skills and allowed me to voice my own opinion about the game which I previously didn’t. So I would say all in all, soccer has really been there for me consistently, while it’s shown me the best of life it’s also showed me the worst parts of people too.

My least favorite part of soccer is the toxicity of some of the players and coaches. It’s kind of like sports politics, where sometimes it doesn’t matter how good you are or what you do. But with certain coaches it all depends on how much they like you, which made me feel like quitting. Even though I love soccer, I just did not want to continue if that was the environment I was going to be playing in, which is why I’ve made the switch from playing competitive soccer to recreational. While recreational is fun, I miss the competitiveness of club soccer and sometimes wish I could go back to that, but honestly, I just find a lot of peace playing soccer and that’s really what matters to me in the long-run.”