“In Malaysia, we got the chance to show people this art form that came from a completely different culture” 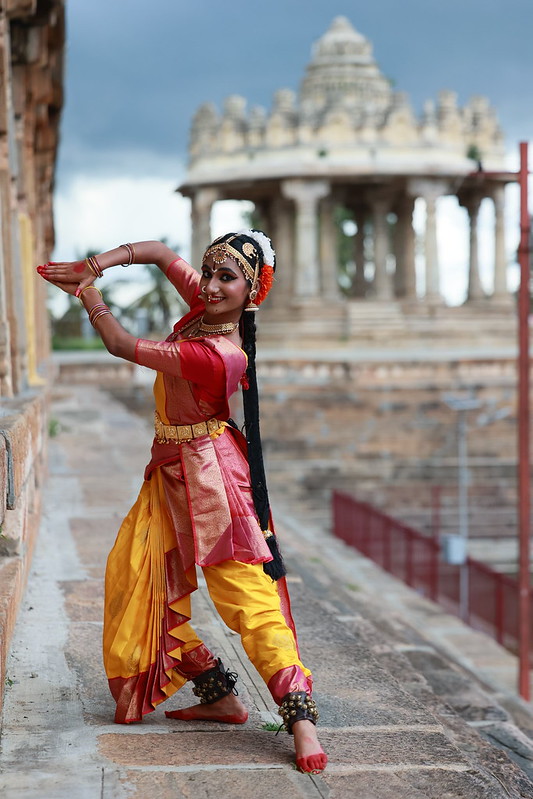 Meghana Nuthi: “I do Kuchipudi, which is a form of traditional Indian dance, and it’s mostly associated with the southern part of India. I’ve been doing that for 12 years, since I was five. I started because of my mom. She wanted me to do what she had learned when she was younger. Because of college and everything, she had to stop, so she wanted me to pick it up. So I originally started because she wanted me to, but then eventually it just became something that I also grew to love and really appreciate.

I went to Kuala Lumpur, Malaysia three days after school ended, and I was there for two weeks. The main reason that we went was for the sixth International Nrityanjali Festival, which is held at different locations every year. It’s a festival where people of different dances come. So we came representing Kuchipudi, but there were people from India, from Canada, from Malaysia. There was one [team] from Singapore, and all these people came and did different dances, like somebody did Bharatanatyam. We represented Kuchipudi and our school from the Bay Area. There are girls [in my dance school] all across the Bay Area. I was selected, one of these seven people; all ages 16 to 27. I’d never met these girls before we went on the trip, but after the entire trip, some of them became my bestest friends. I became super close with them. I think going on trips like that and facing different experiences makes people grow together, which was probably my favorite part.

My least favorite part was probably the months before it actually happened. We had a seven piece repertoire and two events in Malaysia, so I was training for that for two or three months before we went on the trip. I was going to practices, but I had never actually danced the seven pieces immediately after one another. I did one or two without a break, but four pieces non-stop? It’s an hour block for our entire performance and 40 minutes maybe for my block. I had to build stamina. It was a lot of work physically to get into that shape. So doing that three months prior — I was going to practice almost every single day, so it was kind of rough. It does not stop.

And then when we were there, we were able to book another performance at the Indian Center of Cultural Relations embassy in Kuala Lumpur, Malaysia. It was really cool that I got an opportunity to do that.

In Malaysia, we got the chance to show people this art form that they weren’t familiar with, that they’ve never seen before, that came from a completely different culture that was not their own. So seeing that reaction — and there were people who came up and took pictures with us afterwards, because they’d never seen people dressed up like that. So that was really sweet and really wholesome for me, because I got to see other people who are not a part of our ethnic group appreciate our culture.

I feel like I keep growing every single day, and every single class that I go to, I feel like I’m learning something new. I’m growing and becoming a better dancer. I look back at my old pictures from when I started [dancing] and it’s adorable, but the fact that I’ve grown so much as a dancer — not only physically, but also my expressions, the way that I’m able to connect with the audience. So I think I keep growing, I keep getting better. Hopefully, I’ll continue, and I’ll still keep getting better. So I’m looking forward to that.”