JV Women’s Lacrosse team tramples Granada in the first half 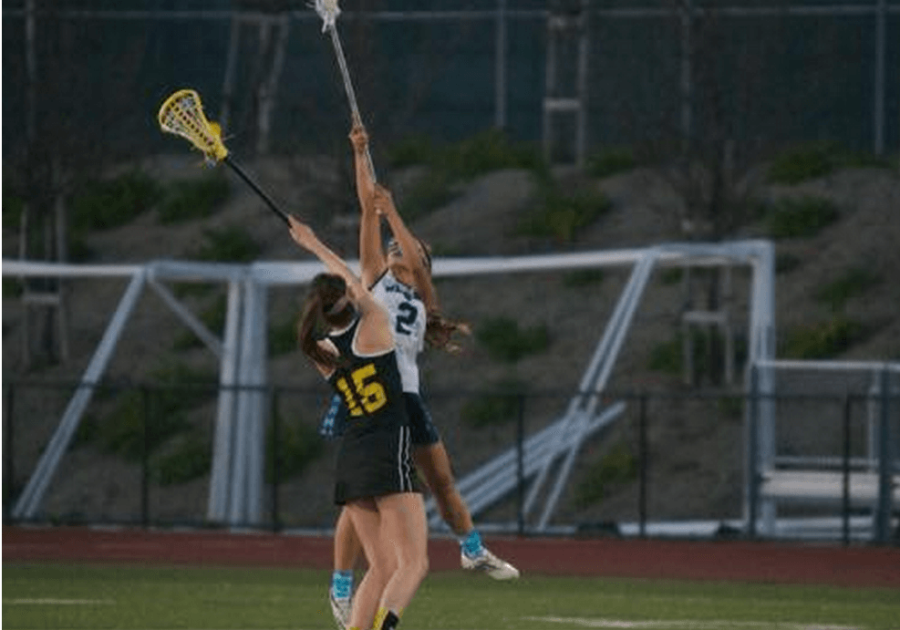 In their March 6 game against Granada, Precious Delijero scored four of the total seven goals in the first half , but the Wildcats were still defeated 8-7.

Within the first 15 seconds, Delijero scored the first goal of the game, which boosted the team’s morale.

She further helped her team by picking up a ground ball and passing it to Shivali Naran, who scored the second goal in under five minutes of the game’s start.

The DV winning streak continued as Delijero scored her the third goal for her team. With 16 minutes left in the first half, she made the fourth goal for DV.

It looked like another goal for DV when Sneha Ramesh intercepted a ball from the Granada Matadors and Emily Chien cleared it, but unfortunately she missed the goal.

Dawson skillfully blocked two consecutive attacks by the Matadors in the last minute of the first half.

Delijero made her fourth goal, and the Wildcat’s fifth, with only 53 seconds left.

The Wildcats made multiple forced shots, causing the Wildcats to lose the ball to Granada a few times, but still made a stunning win in the first half with a score of 5-2.

“This is a fresh squad. This is our fourth game … it’s been a massive improvement,” said coach Nate Pueschel.

Dawson blocked a scoring attempt by Granada, but the DV team was left scattered, leaving a hole for the Matadors to gain the upper hand. With the defense at a disadvantage, Dawson was unable to protect the goal a second time and Granada made a point.

“We’ve been struggling with our defense a lot … but the defense is ten-fold [from what it was] since the beginning”, said coaches Pueschel and Sahgal.

Naran was mildly injured on her foot, but Nika Shirazi and Ziona Zhang were able to clear the field. However, they couldn’t make the goal and Granada intercepted the ball to make two consecutive scores.

Pueschel feels  the team needs to improve “their endurance, but that will be gained more and more with the season … but once we get the basics down, we’ll be an awesome team.”

Gilbreth made a comeback against Granada with her second consecutive goal. Delijero was then given a penalty throw, but missed her chance to make another point.

With five minutes left in the game, Dawson was able to block the first ball, but not the second. The Matadors tied the game  7-7 and tensions increased.

“The first part of the second half, we got cocky … so we lost the first couple goals,” explained Pueschel.

“[Granada] picked up their intensity too,” added Coach Lea Sahgal. “They realized that we came in strong. Our first half was really good.”

However, Dawson remained undaunted and effectively blocked the next few attempts made by Granada, but just couldn’t stop their  eighth goal, which put them in the lead, 8-7. DV tried to make a comeback in the last minute of the game when Maddie Boaz and Gilbreth tried to clear the field, but no score was made.

Although DV lost, coach Pueschel believed that it was still “a good game and was very happy with it,” especially considering the lack of practice over the week due to the lack of a field.

The Women’s JV Lacrosse team’s next game is scheduled  April 17 in a home game against Christian Brothers High School. Their next big game against Dublin is on May 1.