Authentic food does not exist 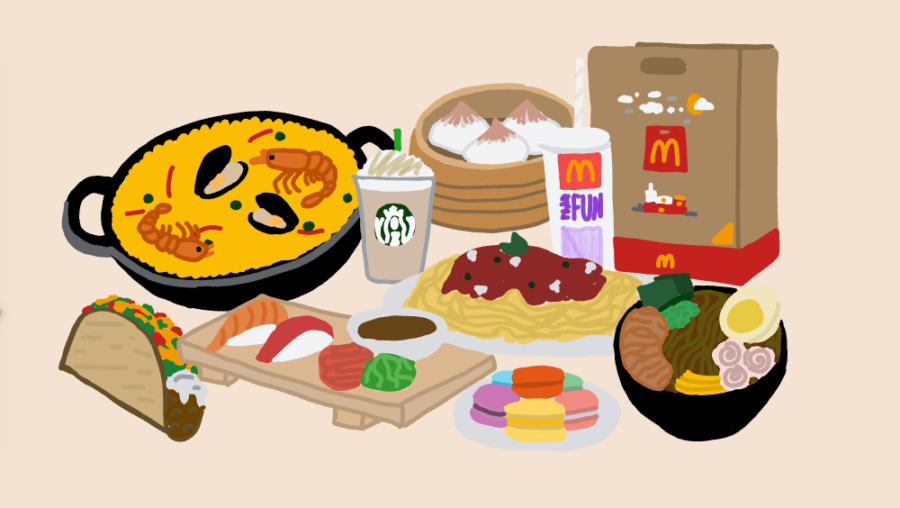 Though diners and restauranteurs often view the term as one of prestige, the concept of "authentic food" is misleading and restrictive.

“Authentic” is a sought-after buzzword on food review sites like Yelp. Eateries with this label might be mom and pop shops offering traditional family delicacies or Michelin-star establishments claiming they’ll practically transport guests to the Tuscan countryside to eat just as local Italians would (for the mere price of $200 per person!). The term is a badge of honor for a restaurant to display its professionalism and faithfulness to a region’s cuisine. Looking beyond the surface, though, “authentic food” does not exist. The label has been convoluted to the point of meaninglessness, warped into a marketing ploy to attract bombastic customers or ‘gatekept’ by food snobs to boast their superior cultural literacy on Instagram.

It’s hard to explain what diners are even looking for when they crave “authentic food.” Sometimes they’ll mean a restaurant with very specific regional dishes, a limited use of processed ingredients or whose owners are from the same ethnic background as the plates in which they serve. “Why is a white chef from Chicago cooking my ceviche?” “Is this fish farm-raised or wild-caught?” More often than not, “authentic” is simply a synonym for “ethnic,” a catch-all for any non-Western cuisine.

Kevin Alexander for Thrillist stated that this fixation on foreign foods might be due to our own country’s lack of any distinctive cuisine. As a result, Americans search for food with a “clear lineage (at least in [their] minds)” that retains some semblance of purity.

But an authentic dining experience is far from the idealized perspective. As Megan McArdle stated in an opinion piece for Bloomberg, “So much of what we eat now as ‘authentic’ is mostly some combination of peasant special-occasion dishes and the rich-people food of yesteryear, fused with modern technology and a global food-supply chain.”

McArdle noted that in the past, the average person (regardless of origin) often ate foods dependent on the harvest and lacking in variety or flavor; cooking was purely a means for survival.

Today, however, global cuisine is infinitely more accessible due to the Internet and social media. Though modernization has made people more open-minded and curious about other cultures, this information overload has also turned laypeople into “quasi-food experts” who seek out “the most ‘authentic’ and obscure foods imaginable to display as comestible trophies,” as Alexander argued.

This global accessibility first began during periods of colonization. European influence on colonized countries partially explained how the concept of “authentic food” became so murky.

For example, Sakshi Venkatraman for NBC News explained the British colonial origins of the word “curry,” calling it “a way for the British to avoid learning the names of extremely specific regional dishes [of India] and lump them all into one category.”

Venkatraman said the colloquialism stuck even after decolonization and that many Indians today feel that the term represents the white man’s gentrification of their country’s diverse cuisine. On the other hand, some Britons consider their chicken tikka masala “curry” to be an authentic U.K. dish due to its stark differences from traditional Indian chicken tikka, representing the starkly different interpretations of “authenticity” that different groups may have.

The opposite is also true, as many formerly colonized countries have appropriated lingering foreign influence into their own foods.

“Vestiges of French colonization are abundant in Vietnamese food, from Café du Monde coffee to bành mì baguettes, but these are now considered inherently Vietnamese, even as we distance ourselves from an imperialist past,” said Vietnamese American writer Mai Tran for The Guardian.

Tran is an employee at a phở restaurant in New York City and has observed the bias of both white and Asian customers at the restaurant based on their preconceived ideas of authenticity.

“Because of our English menu and appeal to customers who eat with their eyes, our lowest ratings often describe us as ‘trendy,’ ‘white-washed’ and ‘inauthentic,’” Tran said.

Tran also noted that even Vietnamese customers could be especially critical, judging their use of traditional ingredients and even the restaurant’s owners for only being half-Vietnamese.

“[Modern Asian American restaurant owners’] biggest critics are often other Asian Americans, who want food they can have authority over, claim as their own and use to bolster their identity credibility,” Tran said.

Tran further explained that owning a restaurant was one of the few job options open to Asian immigrants in the 20th century. As a result, these immigrants, especially elders, are now protective over this part of their past, viewing Asian restaurants catered to white palates as dishonorable to their sacrifices and heritage.

However, Tran argued, they often don’t realize that restaurants must constantly keep up with new trends just to stay afloat—in the end, running a restaurant is grueling and serves primarily as one’s source of income rather than to be a living cultural preserve.

Debates over food authenticity will probably prevail long past my lifetime. After all—whether to increase convenience, sustainability or nutrition— food is constantly changing. Some may argue that as time goes on, we will stray further and further from the pure and authentic dishes of the past. But the reality is that with food, culture is constantly evolving. Rather than creating an arbitrary label on which to base our culinary judgements, we should be able to enjoy eating without comparison.