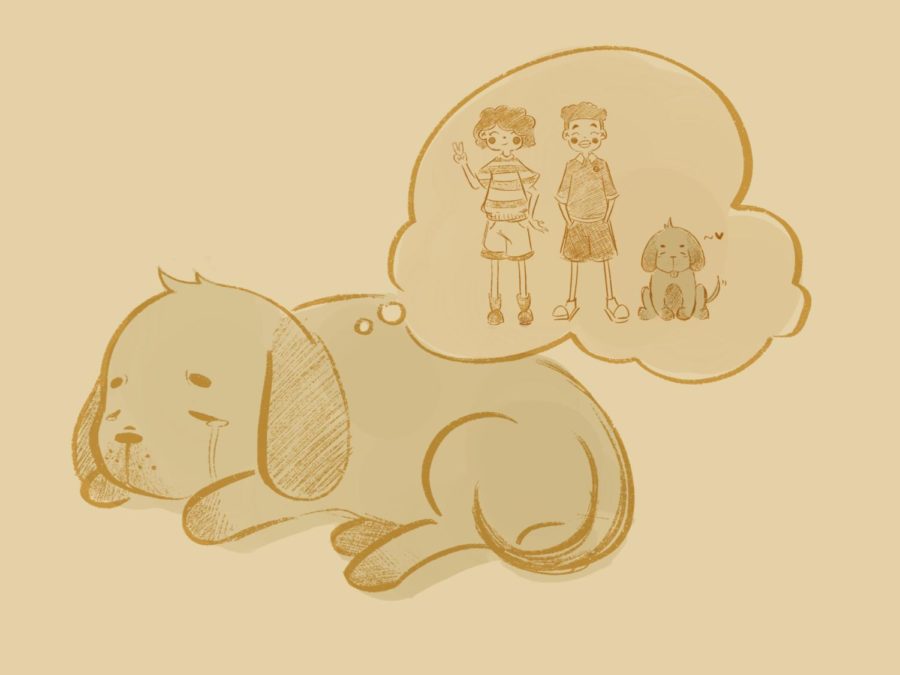 As the Bay Area transitions from remote to in-person work, a growing number of pets that were adopted during quarantine are returned to animal shelters by owners who claim that they do not have the time to take care of them anymore.

Early on in the pandemic, many shelters locally and nationwide saw a sudden rise in the demand for pets. Animal Humane Society reported that “adoption rates across the U.S. soared as many Americans found comfort in bringing home new four-legged companions.”

Some breeders were even reporting waiting lists and a surreal amount of applications for the adoptions of individual dogs. So why the sudden abandonment? ​​Huffpost reports, “As people return to the office and pre-pandemic life, some of those dogs are being left behind.”

The main reasoning for pet returns has come down to two things. A similar trend most shelters are seeing are the people who adopted pets at the beginning of the pandemic, but simply lack the time to take care of the pet due to work and so they don’t want the responsibility of a pet to be added to their daily to-do lists. The other being, people who are dealing with issues as a result of the pandemic.

“Rescuing and buying pandemic puppies was all but a trend when the coronavirus first swept the nation last year, and now shelters are seeing that trend fizzle out as the pandemic wanes, with people heading back to their local shelters to return their now-grown dogs,” states The Hill. “Mirah Horowitz, executive director of Lucky Dog Rescue in Arlington, Va., told the Washington Post in January 2021, ‘There just haven’t been a lot of animals to take in. It’s been tough getting animals.’”

It was startling headlines like these that sent animal shelters around the bay into a panic. Rocket Dog Rescue in Oakland, CA, saw an extensive number of people looking to surrender their dogs.

Pali Boucher, the founder of Rocket Dog rescue claims she’s never had this much re-homing in her 20 years since she opened Rocket Dog Rescue.

“I’d say 60 percent of the re-homing applications we are getting right now are people being forced out of their homes — being evicted or having to go care for an elderly parent or move back in with a family member,” Boucher said.

While it is a very sudden event, most local shelters in the bay area have reported that the rates for returning dogs are very similar to pre-pandemic rates returns. Tony La Russa’s Animal Rescue Foundation, Love and Second Chances and, The Peninsula, say there are no drastic changes in pet returns.

“We’ve been very careful with placing all our dogs but we do see them getting returned to other shelters around the bay,” she said.

However, this isn’t the case for other parts of the country, Los Angeles shelters and New York shelters are currently overwhelmed with returns.

Chloe Eperiquette, the development coordinator at Wags and Walks adoption center in Los Angeles expresses her concern for the pets at her center,

“We received, prior to the pandemic, five to 10 inquiries per month from people who couldn’t care for their dogs anymore,” she said. “That’s doubled in recent months.”

Animal Care Centers of NYC saw 1,393 returned to them in the summer alone, more than double the number of cats and dogs returned in February’s 631.

As the alarming headlines continue, claiming owners are returning their pets, it prompted more and more Bay Area shelters to take extra precautions in their adoption processes to ensure they don’t experience the same narrative.

“Considering how the rates are for others [shelters], it seems like the Bay Area just got lucky. That’s abnormal, but the precautions the shelters take here seem much more planned so it makes sense,” he said.

Despite Menon’s surprise, the post-pandemic returns were something most shelters, animal welfare groups and rescue groups prepared themselves for.

“We haven’t got any pets returned because we have been super careful with the adoptions from the very beginning since the pandemic started,” Chen said. “I had anticipated something like this happening, I call it a prolonged Christmas.”

Love and Second Chances have a well-planned process before sending a pet into a home. Almost similar processes to a family adopting a child, there’s a training process and a social worker that comes to the family’s house to check that taking care of a pet is manageable once the pet has been placed in a home. The risk of getting a pet back was something shelters didn’t want to endure.

There has also been a considerable amount of mental impacts on the pets who have been returned. According to an article from Nature, “The human-dog has potential physical, psychological and mental benefits.” It can be inferred from this what the negative impacts would be if a pet went from seeing their owner every day to suddenly never again.

Chen started Love and Second Chances nine years ago, and she said since then she’s seen a wide variety of dogs with trauma and odd behavior when they are found, and so anyone can imagine what they must react like when they are surrendered or abandoned.

“The pets are probably confused because this is their home that they knew from the start, they were with the owners 24/7, and all of a sudden they end up at a crowded shelter behind bars,” Chen said.

It’s the behavior you often see in abandoned and abused dogs. They could have a lack of trust or separation anxiety, returning a pet at a shelter after caring for them for months leaves them with long-lasting trauma.

“They [Pets] become scared, they shut down, and they become confused,” Chen said. “It depends on the pet but they could potentially develop separation anxiety because they don’t know that the next time you leave, you’re coming back or not.”