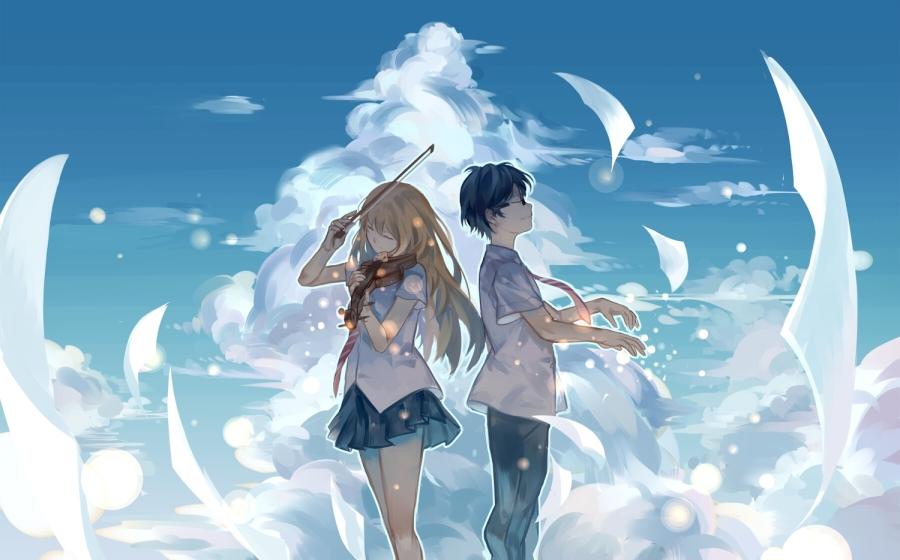 Anime romances continue to appeal to audiences worldwide with their bubbly art style and fantastic storylines.

Over the years animes have become highly viewed forms of entertainment for the public eye. In particular there are two genres that fans seem to love the most: romances and action.

Since this month is the month of love, let’s focus on the anime romances that I’m sure you all will enjoy. Here are a handful of titles for you to pick and choose from and hopefully they catch your interest.

First there is Kaichou wa Maid-sama! This here is a romantic comedy that seems lengthy with a total of 27 episodes; but that shouldn’t be an issue as viewers will surely find themselves absorbed into this hilarious romance.

The story follows Misaki Ayuzawa, Seika High’s first female student council president; in her pursuit to end tensions between the male students and the female students. Seika High was once a males only school, but recently became co-ed hence the small amount of female students. Among the boys, Misaki is known as an uptight boy-hating demon dictator, but as a shining hope for the teachers and girls. Despite her tough front, she works at a maid cafe to help her family in a financial crisis. Nobody knows of her secret until the most popular boy at Seika High, Takumi Usui, finds out.

At first, they don’t get along very well, but as all romances do, the heroine eventually gets swept off their feet by the hero.

Next up we have an anime that is currently still airing, Shigatsu wa Kimi no Uso (Your Lie in April) will end with a total of 24 episodes. Currently this series has 16 episodes available to view and each episode continues to claw its way into the hearts of viewers.

This anime revolves around an extremely talented kid pianist named Kousei Arima and his struggle to find a reason to play the piano. After Kousei’s mother passes away when he was 11, he is no longer able to hear the sound of the piano when he plays; causing him to give up the piano for two years. Now everything seems dark and bleak to Kousei, but this all changes when he meets a beautiful violinist named Kaori Miyazono. Kaori is the same age as Kousei, attends the same school as he does and she’s infatuated with his best friend, Watari the school’s star athlete. In an attempt to pair the two together, Kousei, Watari and his childhood best friend Tsubaki go watch Kaori perform in a violinist competition. Kaori’s performance is world class and completely astonishes the crowd, making her the crowds favorite in the competition allowing her to advance to the next stage. This time she’ll need an accompanist by her side and she chooses the kid prodigy pianist Kousei Arima. With her easy-going free style violin playing, Kaori teaches Kousei to play music unbarred by the rigid guidelines of the score and to play it the way he wants it to be heard. Ever since Kousei met Kaori, everything in the world started to become colorful again.

So far this story is a truly amazing one as this is a story about finding someone important to you and moving forward with them while overcoming your past. If you enjoy music, laughing, crying and an incredible storyline, then this is a must see title that you will surely come to love.

Finally we have a romance that will take you on a feels trip, Kotoura-san is a stellar anime adaptation of its hit manga series released in 2010. This is a finished series that isn’t long at all with a total of 12 episodes that hopefully you will be able to connect with.

Kotoura-san revolves around a girl named Kotoura Haruka who since birth is able to read the minds of people. When she was young she was unable to distinguish between people’s thoughts or words so she would inadvertently expose their secrets to everyone else. These outbursts made her the focus of all the bullying and abuse of her classmates and eventually she was abandoned by her parents. Now she’s become closed off from others and no longer wishes to interact with them in fear of hurting herself or others. Kotoura’s older now and everything changes when she transfers to a new high school and meets a strange boy named Manabe. On her first day she’s forced to sit next to him and accidentally reads his mind, and it turns out that his mind is filled with the most absurd and hilarious thoughts. Unlike all the other students, Manabe finds her ability to read thoughts extremely cool, which makes him constantly hang out with her eventually leading to him falling in love with her.

I don’t want to spoil too much as this is a series that you should definitely see for yourself. The moral is that there will always be people to pick you up when you’re down and support you no matter what, and don’t give up and find those people who you can truly cherish.

They will teach you many lessons in life and these three romance titles will tear at your hearts, but surely you will all fall in love with them.