The Wildcat Tribune • May 31, 2021 • https://thewildcattribune.com/12173/news/freshmen-experience-their-first-in-person-high-school-homecoming-rally/ 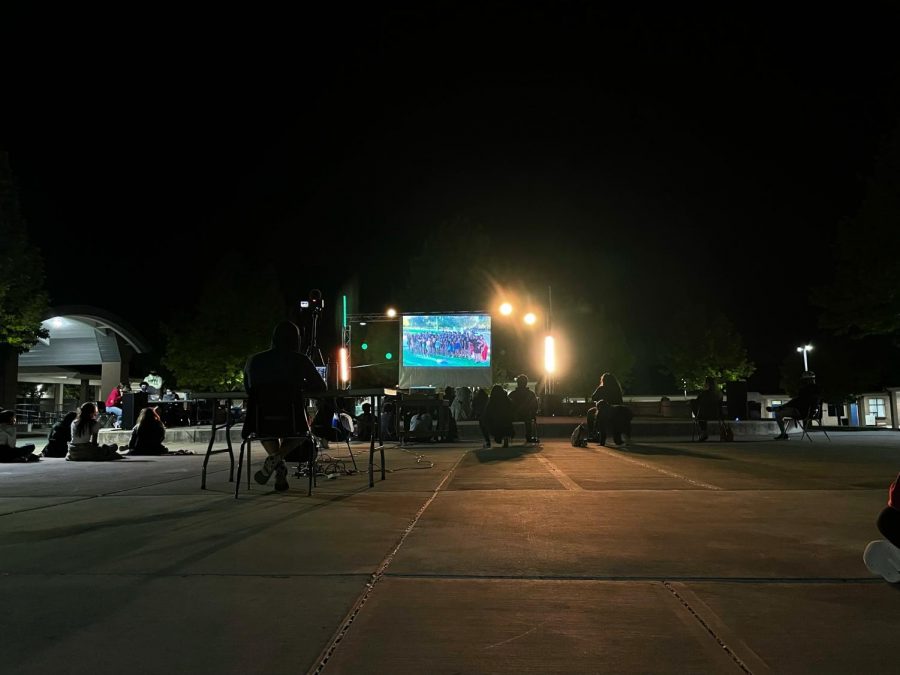 On May 7th, 2021, during 8 to 10 p.m., Dougherty Valley High School students attended an in-person homecoming rally with the theme of  “Willie Goes Remote.” Fifty students in each grade attended, and freshmen experienced their first in-person rally after a year of remote learning.

A packed stadium decorated in signs written “BIG BLUE,” students dancing, people playing games as they shout and laugh, and flags waving high in the air describe a “normal” high school rally at Dougherty. This is an experience that most current sophomores, juniors and seniors have had. With this year’s rally though, freshmen shared a glimpse of the same experiences.

As night fell, the audience saw the bright lights, the center screen and students performing their dances and skits on stage. The decorated class buildings surrounded the audience, each with its own video game theme. A large Mario Kart banner was hung above the colorful item boxes with the cutouts from Luigi to Toad and even Yoshi in the senior building. The juniors’ decorations of a Minecraft pig, cow, and trees closely resembled the game. Cardboard cutouts of many different Pokémons were present around the sophomore building, such as Pikachu, Snorlax and Meowth. Lastly, Pac-Man cutouts and posters were showcased in the freshman building.

Students sat in the quad six feet apart, much different from the crowded gym of a normal year. The rally started off with loud cheers from each class, and during the two hours, the rally consisted of events such as a balloon relay game, a Kahoot, and skits. Each performance had short dances. For example, the “Dun Dun” choreography from the sophomores or the juniors’ “Cruisin’ for a Bruisin.’” And the seniors showed a series of videos that displayed their past experiences they had in high school.

“People are sitting with their friends, they’re talking to their friends, they’re watching this. It felt like this big unifying force, because everyone was here, everyone’s gone through the same things, and so we’re all here and we’re just happy that things are going back to normal,” Amy Starling, a freshman who attended the rally, explains.

Starling mentioned feeling united whilst seeing the different skits, playing the games, being on campus and finally being able to sit in the quad with friends.

The in-person rally also had a very different experience from the online rally that has previously taken place.

“With the online [events], you don’t get that energy, you don’t feel like doing stuff. But this rally that we have, we feel like [the rally] will hype [up] especially for the next year sophomores, [and it will] show that this community is a lot different and everything is so much more fun,” Nimish Jain, Secretary of the current class of Freshmen, explains.

Jain further emphasizes that the homecoming rally will be a starting point to help current freshmen transition into high school and explains his excitement for the upcoming events next year.

“So that’s why I can’t wait for next year because a lot of sophomores will start realizing there’s so much spirit wear that DV does and [realize many of] the events that DV does, and just have fun in general,” Jain said. “Even though we can’t do a [homecoming] dance, a [homecoming] skit is a good step to getting everybody back together to the normals of going back [to] school.”