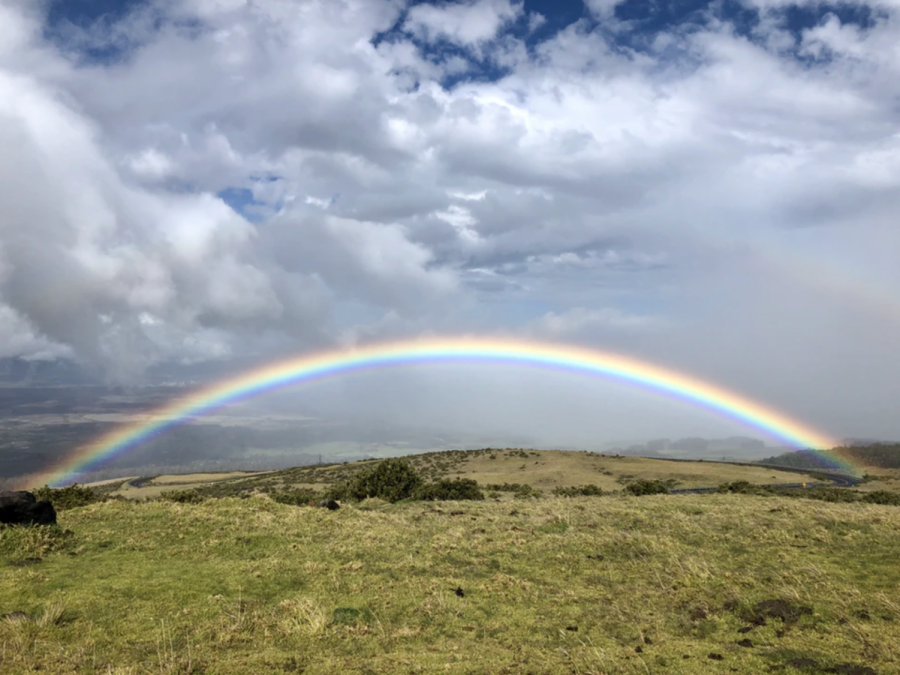 About a week ago, I couldn’t help but start thinking about how life changed after March 13, 2020, the day when everything seemed to stop. No one would have ever predicted the impact that COVID-19 would have on our lives; after all, things would get better after two weeks … maybe three? Yet, the days slowly began to add up, and I started to miss the repetitive schedule of a normal school day.  I found myself missing things that I had previously never cared much about, such as the small conversations with classmates in between periods and even trips to the grocery store.

However, despite the dark, gloomy cloud that has been cast on our lives, it’s important to stay optimistic by searching for some silver linings. These silver linings have helped make my life a bit more bearable, despite the crazy circumstances we’re in.

1. With the free time that COVID-19 provided, I started baking quite often. I’ve learned how to bake one of my favorite desserts, the flan, and have even perfected my own recipe after dozens of failed attempts! The secret is to use cream cheese in your flan mixture and TO NOT overbake it (trust me on this).

2. Meditation is actually very helpful to reduce your stress and anxiety. As someone who often finds it difficult to sit still for long periods of time, I greatly underestimated the value of meditation before quarantine started. Now, I’ve incorporated it into my daily routine, spending at least five minutes every day to rewind and breathe.

3. While cleaning and organizing my room after a very long time, I found some old toys and novels that I cherished when I was younger. I had completely forgotten about the joy I got out of reading about the adventures of Geronimo Stilton and making rainbow loom bracelets (I was OBSESSED with these in second grade).

4. I’ve found my new love: k-dramas! After a day of draining online school and homework, k-dramas genuinely put a smile on my face with their wholesome characters and interesting plot lines. To fall into the k-drama rabbit hole, I recommend “It’s Okay Not to Be Okay” and “Crash Landing on You”, two k-dramas that will leave you in awe with their beautiful storytelling and likable characters.

5. Even though I miss traveling to places far away, such as Hawaii or New York City, I’ve realized how beautiful the golden state really is. I enjoy going on road trips along the Santa Cruz coastline, stopping at pristine beaches to take pictures and observe the buoyant waves meet the golden sand. Even though we’re limited to a six feet distance, I love seeing the unique faces of strangers as they hide beneath a mask.

6. I’ve broadened my musical horizons by exploring different genres and artists. While I previously just listened to songs that were on the radio, I’ve gotten a lot more time to browse through Spotify finding hidden gems, such as The Backstreet Lovers’ “Maple Syrup”, while listening to genres that I had previously avoided, such as country (how have I been missing out on Kacey Musgraves for so long?).

8. More than anything, I cherish the time that I’ve been able to spend with my family. From the late-night rewatching of Marvel movies (I’ve probably watched Guardians of the Galaxy five times in the past year) to the rewarding hikes through the rolling hills that surround San Ramon Valley, I’ve enjoyed almost every single moment I’ve spent with them.