Christmas icon, Santa Claus, is not the holly, jolly grandpa everyone thinks he is 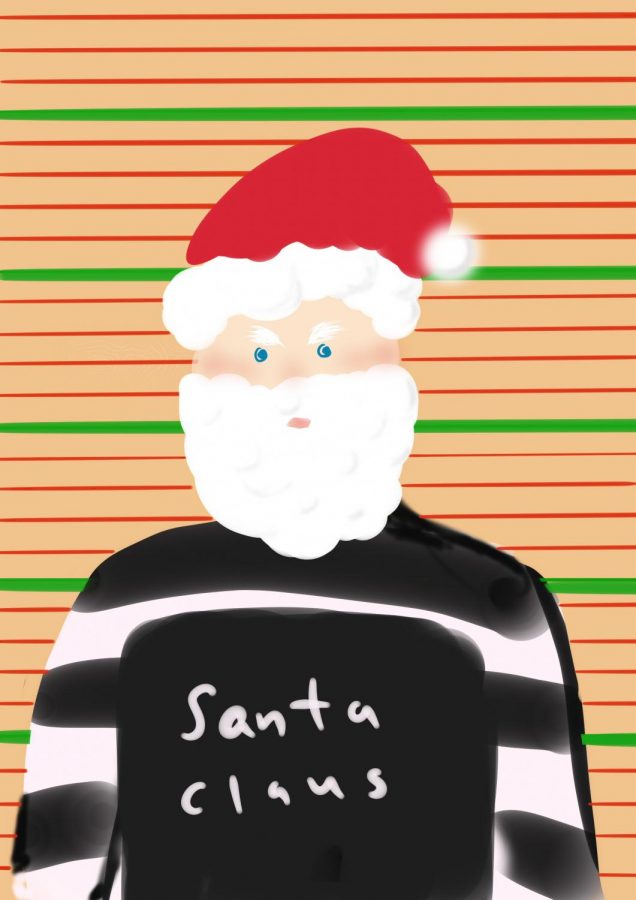 Santa Claus, a famous Christmas icon to children, was accused of several felonies including trespassing, stealing, stalking and surprisingly, tax fraud on Dec. 25, 2020. Claus, who is also known as a gift-giver, has been covering up his tracks by countlessly committing seemingly innocent crimes.

Vick Tom, a witness of Claus’s crimes, testifies to the jury, “It was around 1:30 a.m., I saw a dark shadow which was later proven to be Santa picking the lock of the front door of my house and sneaking inside while I was in the kitchen eating cookies.”

Tom later states, “It was a frightening experience for me. Imagine thinking you’re alone at night while binge-eating cookies and suddenly seeing a dark shadow creep into the room with only the sound of jingling.”

“Hey I’m Santa Claus and this is fake news. Why would I creepily enter your home?” Claus yelled. “This is only just a hoax, a delusion, a scam that you people made up,” he said as he pointed to the left.

After a short recess, the court was abruptly introduced to Claus’ first and only supporter, Fred Aelph.

Aelph entered the room in a bright red hat reading “Make Kids Great Again” and an illuminating red suit topped with a red tie; it is evident that Aelph is a huge advocate of Claus.

When asked the question regarding Santa’s felonies, Aelph answered, “Well I mean, the dude didn’t do anything that bad. I mean I’ve stolen a lot of stuff other than cookies, I’ve trespassed several times, I’ve stalked a lot of people. Look at me… I’m not on trial. I say that this whole accusation is a big fraud.”

“This is just a way of showing deep admiration. I mean who hasn’t stalked anyone before, who hasn’t stolen some stuff. I just came back from staring outside my neighbor’s window … and guess what? I’m not on trial. It’s just a common day-to-day routine that we all need to get used to,” Aelph stated as he pulled out a pair of binoculars.

The jury still hasn’t made their final verdict yet however it is rumored that Santa Claus has been bribing the jury with unlimited Christmas gifts.

This heated trial about whether Claus is a criminal or a generous grandpa has divided the whole world between the afraid witnesses and the lovers of free gifts. This trial is unclear, however, we’ll be seeing the results of this infamous case soon.