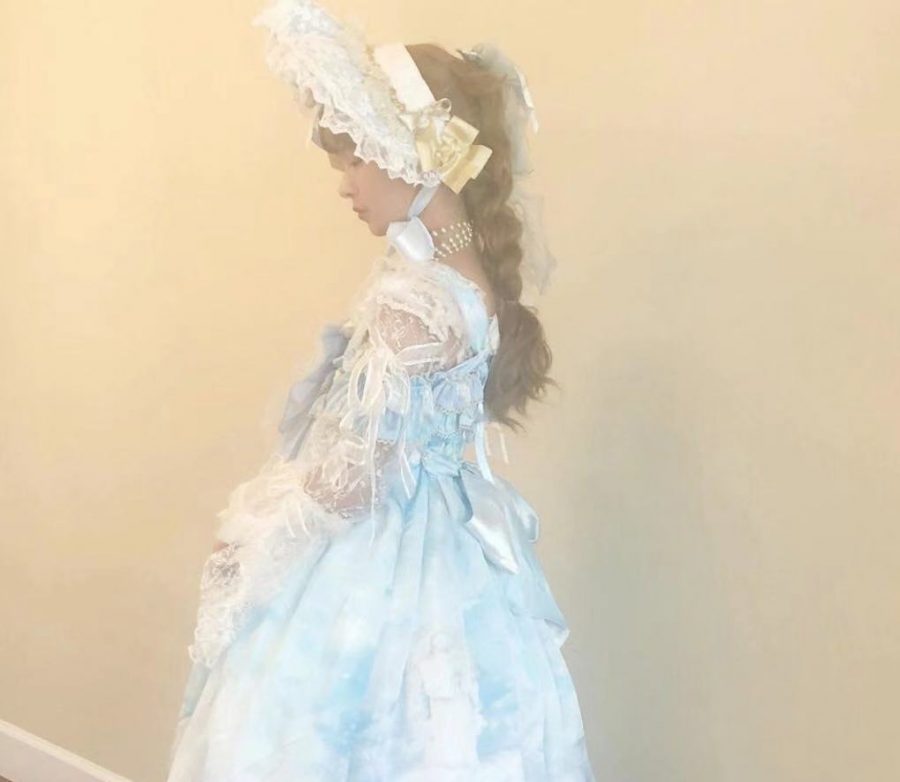 Cassie Dai: “I first got into Lolita fashion around eighth and ninth grade. Although I’ve been exposed to the culture when I was in China, I didn’t look into it. What made it my passion now is because two large Lolita fashion companies, Angelic Pretty and BABY, the Stars Shine Bright all have stores in San Francisco. There are other Angelic Pretty stores in America, but the San Francisco BABY is the only one that is still open. So every time I went to Japantown in San Francisco, I had more contact with the culture and eventually fell in love with it.

Lolita culture is a subculture that originated in Japan around the 70s. I really enjoy getting to know other cultures, mainly the subcultures because I’m not a huge fan of mainstream pop culture. It is also a way for me to cope with Bipolar Disorder. If I’m depressed, I can dress myself up and treat myself well. It makes me feel better about myself.

There are many different branches of Lolita fashion, but for me, my favorite is Sweet Lolita. There’s a lot of lace fabrics, braids, colored wigs, and stuff like that.

Even though it’s just a dressing style, I faced a lot of skepticism. Like, people think dressing like this is seeking attention, and some even think that it’s simulating a juvenile form of cute to please men, especially borderline pedophiles. What they don’t know is that Lolita fashion originated on a feminist basis. It has a really rebellious spirit: no men liked the exaggerated makeup and hairstyles of Harajuku style fashion, it is just a way for girls to please themselves. Over the course of its development, you know, some people misused it, but it’s not the culture’s fault. Yeah, it’s kind of about your uniqueness, diversity, and independence, as well as the female aesthetics. It was originally only seen on the streets of Japan. People would make dresses themselves and add any elements that they liked. With so many elements staggered, the style seems really exaggerated but also really really unique, you know. I’ve been spending a lot of money on them and I really like it.